Brexit : They think it’s all over…

It would seem that to everyone’s surprise (including a lot of people who voted to leave), Boris Johnson’s “wiff-waff” has triumphed over David Cameron’s “project fear”. You now cannot move for the plethora of talking heads and experts discussing the implications to both the UK and the EU – strange that most of them have only found their voice AFTER the fact.

I’m not going to get involved with a political or economic discussion in respect of the relative merits of both arguments. Suffice it to say, I believe a post-Brexit world will not be as good as the “leave” camp hope, nor will it be as bad as the “remain” camp fear.

In an uncertain world, it would seem that the implications of Brexit is just one more of the myriad of issues we have to deal with. Having said that, a petition for a second referendum appears to be gaining traction, so is an EU sans UK a fait accompli? Europe does have a bit of form here… 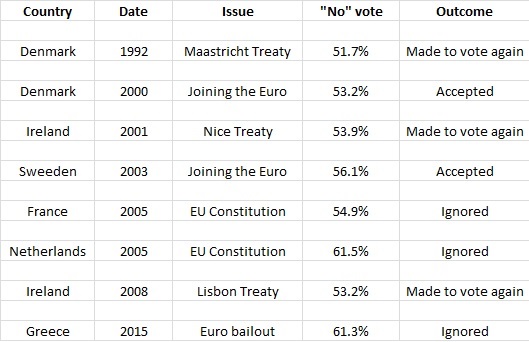 So, they think it’s all over? Until Article 50 is invoked, I wouldn’t bet on it….