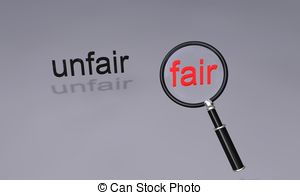 Since taking over the regulation of consumer credit in 2014, the Financial Conduct Authority (FCA) has made great strides raising standards right across the board, and in particular the payday loan and debt management sectors. One of the cornerstones of the new regulatory approach is “Treating Customers Fairly” (TCF).

As someone who has been through bankruptcy themselves, I know first-hand that the cost of financial difficulty goes well beyond entries on a balance sheet. There is a huge human cost as well and the uncomfortable truth is that for some, it is just too much to handle and are driven to suicide. I wholeheartedly applaud the FCA for highlighting that TCF should be a core value for all in the industry.

The BBC reported back in November last year that household debts have risen to a staggering £1.5tn in the UK and that UK adults owe an average of nearly £30,000 (this does include mortgages) which is 83% of the annual economic output and is a 3.5% rise in the past year. Inflation is predicted to hit 2.7% by this time next year and it’s anyone’s guess what the impact of Brexit will actually be. Debt purchaser Arrow Global’s research predicts that households in default could rise by 17% by 2020 (from 4 to 4.7 million). A PwC report suggests that a 2% rise in interest rates could leave households needing to find an extra £1,000 a year to service their unsecured debts, let alone the mortgage (bear in mind that the historic average base rate is about 5%). Against this backdrop, dealing with those in financial distress has never been so relevant and important.

The bulk of our work remains negotiating full and final settlements with creditors on behalf of our clients. I am delighted to say that most creditors have embraced TCF and are happy to exercise a level of forbearance which would have been astonishing even 10 years ago. I have found that as long as you engage in a timely manner and in good faith, most creditors will do whatever they can to work with you to reach a solution that all sides can live with ….long may it continue.

Having said that, there are still a few notable exceptions to this and I would hope that the Financial Ombudsman Service (FOS) takes a far more pro-active approach when it comes to breaches of TFC regulations. If I may illustrate the point with a recent case study:

I was approached last year by a gentleman who had significant personal debts (over £100K) following the failure of his business. During our detailed fact find, it came to light that the business failed following a mental breakdown and attempted suicide after a relationship ended badly. The client had been subsequently diagnosed with depression and was unable to work. A lump sum was available to offer creditors, although well short of the total outstanding liability. I am pleased to say that once I had made the situation clear to his creditors (fully documented with medical evidence), all but one was happy to accept the settlement offer (one even wrote off a £35k debt). The one creditor that didn’t advised me that there was “no evidence of financial hardship” despite having over £100k unsecured debt in default and a net overdrawn position at the bank – I confess it was tempting to (with the client’s permission) report this to the press and report their lawyer to the SRA for “bringing the industry into disrepute”. The reality is that this would have just made our client’s fragile mental state worse, but its cases exactly like this that TCF is there for.

Let’s hope these isolated incidents are eventually eradicated as I believe that just one suicide is one too many.