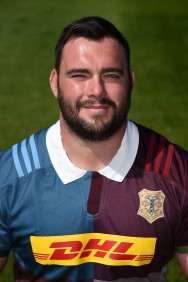 James Rosa Associates are delighted to confirm that we have renewed our sponsorship of the Harlequins’ tighthead prop for a third season.

During an impressive 2013/14 season, Collier was named in the England Saxons squad, but missed out on the fixtures against Ireland and Scotland due to injury. Collier was however named in England’s squad to play the Barbarians at Twickenham in 2014 and was on standby for England’s three Test tour to New Zealand.

Managing Director Julian Donnelly said: “We are delighted to be able to continue our sponsorship of Will for a third season and are honored  to remain involved with such a prestigious club. We wish Will and the rest of the team every success for the 2016/17 season.”